Please provide your feedback in this short Flings' survey.
Previous Fling
Next Fling

ESXi Learnswitch is a complete implementation of MAC Learning and Filtering and is designed as a wrapper around the host virtual switch. It supports learning multiple source MAC addresses on virtual network interface cards (vNIC) and filters packets from egressing the wrong port based on destination MAC lookup. This substantially improves overall network throughput and system performance for nested ESX and container use cases.

Here are some of the new capabilities provided by the LearnSwitch module:

If you currently do not meet the requirements of the new Learnswitch, you can continue using the existing ESXi MAC Learn dvFilter, but it is recommended that you do not mix both on a single system but you can definitely make use of both solutions across different ESXi hosts depending on the constraints of your environment. 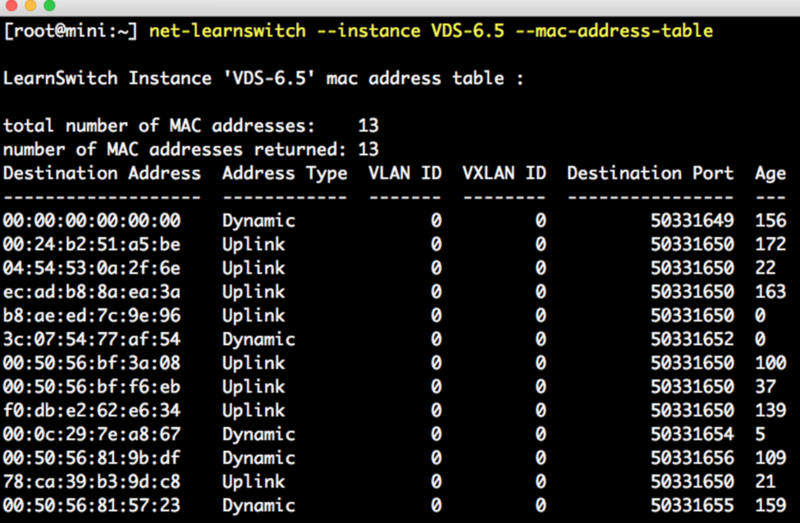 Step 1 - Download the ESXi-Learnswitch.zip package and extract its contents onto your desktop. You will find that it contains the following four files:

This version of the ESXi Embedded Host Client is written purely in HTML and JavaScript, and is served directly from your ESXi host and should perform much better than any of the existing solutions.

This Fling supports the most popular USB network adapter chipsets found in the market.

DRS Lens is an attempt to provide a UI-based solution to help understand DRS better.