This Fling is a collection of ESXi Native Drivers which enables ESXi to recognize and consume various NVMe-based storage devices. These devices are not officially on the VMware HCL and have been developed to enable and support the VMware Community. Currently, this Fling provides an emulated NVMe driver for the Apple 2018 Intel Mac Mini 8,1 and the Apple 2019 Intel Mac Pro 7,1 allowing customers to use the local NVMe SSD with ESXi. This driver is packaged up as an Offline Bundle and is only activated when it detects ESXi has been installed on either an Apple Mac Mini or Apple Mac Pro. 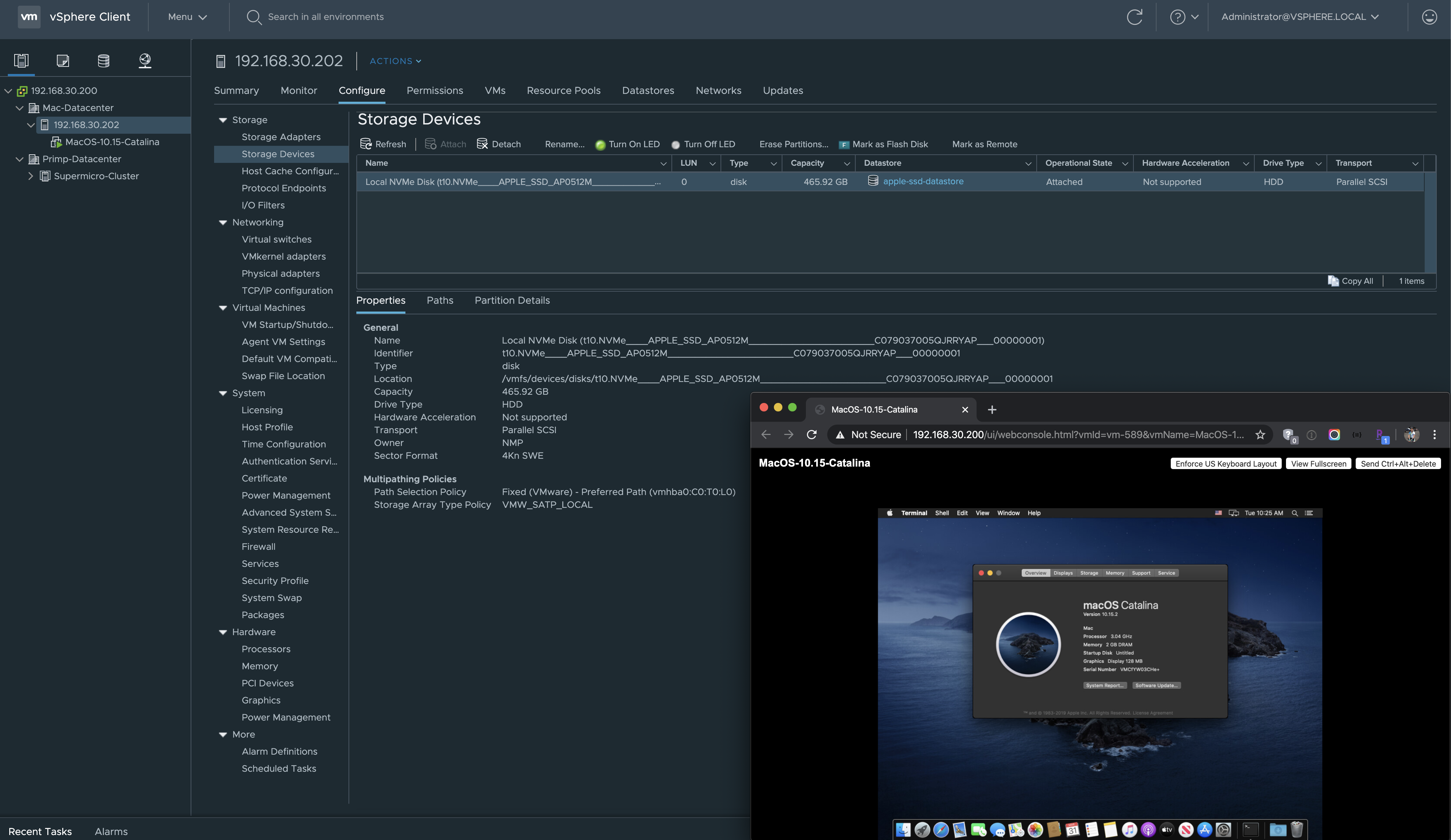 Step 2 - Install the ESXi Offline Bundle by running the following command on ESXi Shell to install ESXi Offline Bundle:
Step 4 - Reboot the ESXi host for the change to go into effect. Once the host has rebooted, ESXi should now allow be able to claim and use the local NVMe SSD.

Note: For those that wish to incorporate the Community NVMe Driver for ESXi into a new ESXi Image Profile, you can use either the Image Builder UI in vCenter Server or Image Builder CLI with PowerCLI.
February 23, 2021 - v1.0 (Initial Release)